The Role of Telecommunication Organisations in DeFi and Staking 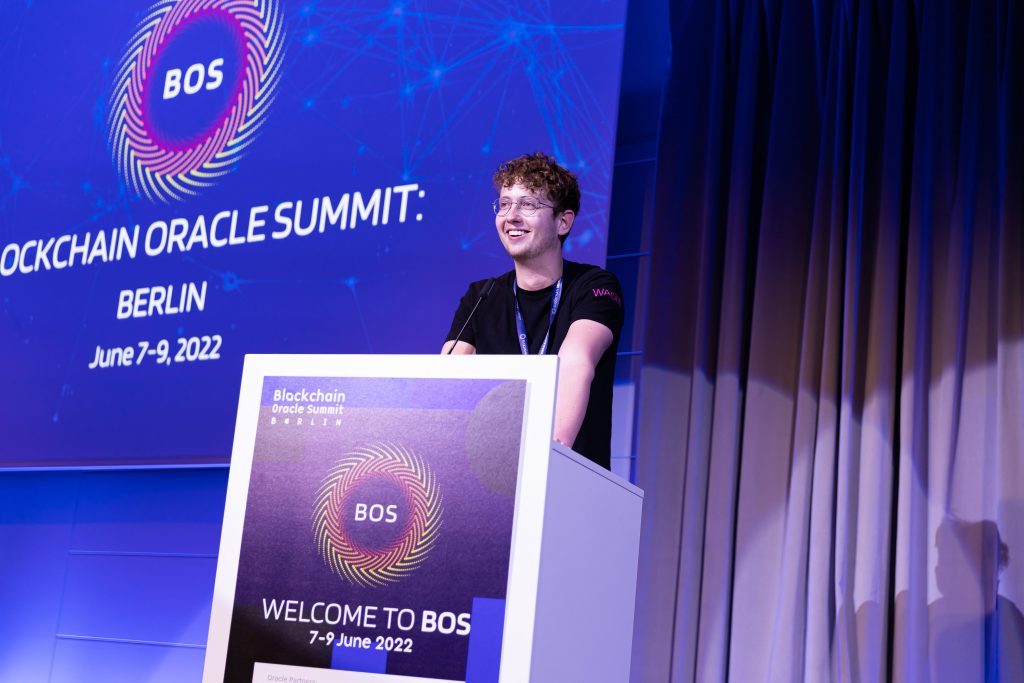 In the presentation below, Product Owner at T-Systems MMS, Tobias Jung, shares details about how the telecommunications company is providing blockchain infrastructure and their role as a Chainlink node operator.

Below are some key facts about T-Systems MMS and the blockchain related work they are doing.

T-Systems MMS & Oracles
T-Systems MMS’ main business in the oracle space has been as a node operator for a number of public blockchains. Node operators play the vital role of verifying and recording transactions on the blockchain. Having multiple node validators verify and come to a consensus about a transaction is a key feature of decentralization. T-Systems MMS is one of them, leveraging the infrastructure of Deutsche Telekom to support blockchain networks.

T-Systems MMS & Liquid Staking
Staking poses a number of challenges for users. One of those challenges is the lock-up period, where users cannot withdraw their tokens for a fixed period of time. This lock-up period stops users from accessing their token for other transactions. Lock-up periods are just one example of the huge mental and technological barriers that potential new users have to overcome in order to participate in staking.

In spite of these hurdles, new users are often attracted to staking products due to attractive Annual Percentage Returns (APR). However, the minimum lock-up period naturally leads to opportunity cost – as DeFi constantly produces new use-cases for tokens that generate yield, income and other benefits – from Liquidity Providing on DEXes to Lending/Borrowing strategies on money markets. Because lock-up periods effectively stop users from using their tokens in other ways, competition between the other token usages and staking arises.

The other challenge is the minimum stake, where a large number of tokens is required for people to set up their own nodes. Sometimes, that might mean users would need millions of Euros in tokens to participate as a node operator in the space, pricing out most people, and defeating the whole point of decentralization.

Other applications:
Apart from this, T-Systems MMS has also been a Chainlink node operator for the last 2 years and provides data feeds to DeFi applications. They are currently also looking into Ethereum Virtual Machine (EVM) compatible side chains. Click here for more information about EVM.

Investment
For networks that are just starting out, funding is a key area of support required. While this has traditionally been the space for Venture Capitalists or private equity firms, crypto opens it up to many other players, and Deutsche Telekom is one of those that looks to fund and support new networks.

Infrastructure
Once a project’s main framework is built, it needs to scale in order to become viable as a use case. This is where infrastructure support is needed, to help increase the number of transactions that can be validated. Deutsche Telekom also provides support to a number of players in this area.

As is typical in a company as large as Deutsche Telekom, there are many considerations when moving in this space, and that can sometimes result in slower progress. However, Deutsche Telekom is steadily exploring and backing blockchain technology as the next phase of technological evolution.

This is not without its challenges of course. Blockchain technology is rapidly developing and changing, so it can be difficult for slower, more conservative companies like Deutsche Telekom to keep up to speed and relevant. The ever-changing regulations around crypto also poses another challenge, as it creates an additional layer of uncertainty and risks. Deutsche Telekom therefore has to explore new ways of working such as setting up infrastructure in neutral or non-EU companies like Switzerland in order to mitigate those risks. Lastly, security breaches in the blockchain space can negatively impact how consumers feel about the technology as a whole, and is another area that Deutsche Telekom needs to contend with when developing in this space.

However, Deutsche Telekom remains committed to supporting the development of blockchain technologies, and signaling that the space is not only for small companies and startups, but even large mega corporations like Deutsche Telekom have faith in the longevity of the technology. This will hopefully help to create greater trust and support for the industry as a whole.

The Blockchain Oracle Summit was the first conference to focus solely on the importance of oracles. Leading experts from across the DeFi-TradFi spectrum gathered in Berlin to discuss their work using oracles to facilitate innovative use cases of blockchain technology.