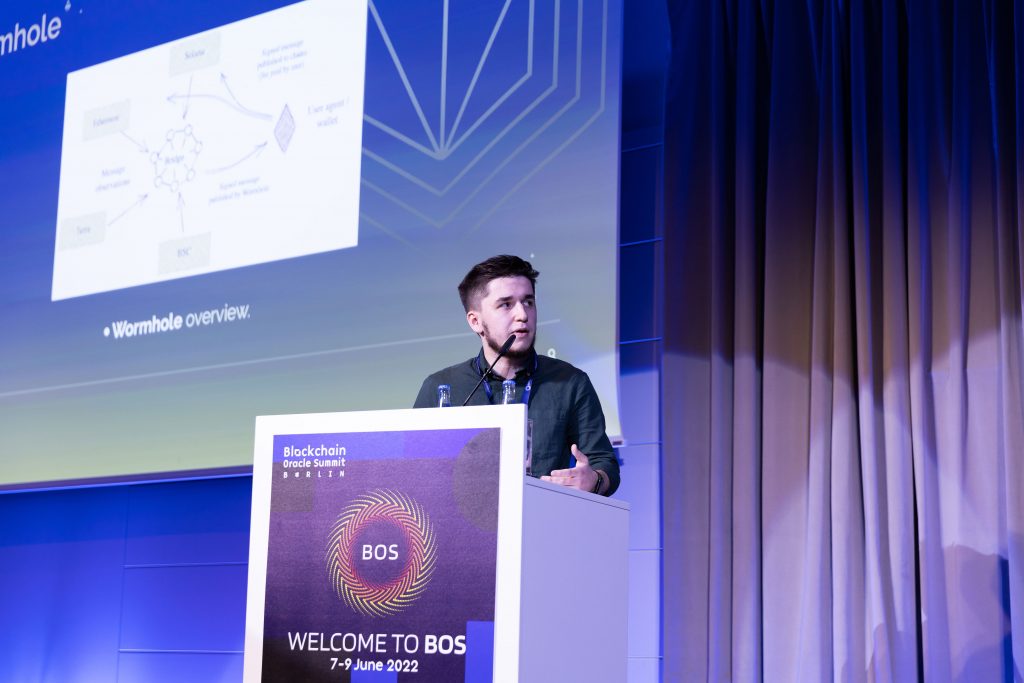 In the presentation below, Shamil Khalilov, founder and CTO of Hardron Network evaluates the challenges faced by layer 2 cross-chain bridges and how Hardron aims to solve these issues.

Below you will find more elaboration on key points highlighted during his talk.

What is Hardron Network
Hardron Network is a layer 2 cross-chain bridge built on the Interchain network. Shamil Khalilov is the founder and CTO of the protocol. He has spent the last two years focussing exclusively on building bridges on layer 2 networks in order to address the liquidity issue that many well-known bridging protocols face. Shamil also played a major role in the development of the Neutrino Protocol, which is an algorithmic price-stable assetization protocol. It enables the creation of stablecoins pegged to real-world assets such as commodities and national currencies. More in-depth information about Neutrino can be found on their Medium page.

In his presentation, Shamil highlights some of the biggest challenges related to cross-chain bridges. He introduces popular examples of cross-chain bridges like Wormhole and Multichain, and explains how these protocols are addressing those issues.

Wormhole’s Recursive Wrapping Problem
Wormhole is a cross-chain bridge built on Solana. The protocol bridges assets by locking users’ assets in smart contracts and minting new wrapped tokens on the destination chain. Wrapped tokens are tokens that have their value pegged to other cryptocurrencies that are native to other blockchains. One example of a wrapped token is Wrapped Bitcoin (WBTC). The value of 1 WBTC should always be equal to 1 Bitcoin. WBTC can then be used and traded on other blockchains like Etherum and Solana. Wrapped tokens are one of the key elements that facilitate interoperability between blockchains.

Shamil discovered that while the Wormhole system has a healthy liquidity of tokens and is considered to be quite trustless with 19 validators, it faces a critical issue called the “recursive wrapping problem”. The recursive wrapping problem arises when the target chain is unable to distinguish the origin chain of a wrapped token. For example, if a user wraps USDC on Ethereum and on Polygon, and wants to send them to Solana using Wormhole, the system would recognize them as two different tokens, naming them as “Ethereum Wrapped USDC” and “Polygon Wrapped USDC” correspondingly.

More details about the inner workings of Wormhole can be found in this video by one of their contributors.

Multichain’s Permissioned Wrapped Token Listing
According to Shamil, one huge challenge faced by many cross-chain bridges is that most of the liquidity is locked on the Ethereum network. Maintaining liquidity on Ethereum would cost a lot in gas fees. However Multichain solves this issue for some tokens with the use of permissioned wrapped token listing where users have to fill in a google form to wrap a token. Users are then able to transfer their wrapped tokens across different chains without having to interact with Ethereum, thus helping to save on the gas fees.

More information about how Multichain works can be found in their documentation here.

The Problem of Liquidity in Bridges
Other issues Shamil brings to light is the scarcity of liquid wrapped tokens as well as price discrepancies of the same token on different blockchains. The lack of wrapped token liquidity would result in much higher market volatility. Lower liquidity levels would also make cross-chain bridges far more susceptible to market manipulations. Whereas high liquidity would mean a much more stable market. Shamil provides the example of the collapse of the Terra stablecoin, UST, where users who had wrapped UST on Wormhole lost all their funds. Check out this article by our media partner Cryptoslate for more details of what happened.

Hardron Network’s Collider Treasury
According to Shamil, Hardron Network provides a solution to such scenarios with its “collider treasury” where bridging only occurs with liquid assets. In a situation where a token’s value plunges to 0, users  would only lose about 50% of their funds. The Collider also uses a collider aggregation proxy to detect price discrepancies of the same token on different chains. If there is a price difference of more than 2%, the Collider helps to align the markets to stabilize the prices in order to prevent huge losses to liquidity providers during volatile market conditions.

With so many layer 1 and layer 2 blockchains being created and built on, the conversation around the need for an interoperable future has never been more important. While there are still many challenges related to cross-chain bridges, work is being done by the likes of Shamil and Hardron Network to improve the interoperability of dApps across the different ecosystems while maintaining a high level of security.

The Blockchain Oracle Summit was the world’s first conference to focus solely on oracle security and design. Leading builders from across the ecosystem gathered in Berlin to take deep-dives into their work facilitating the transfer and use of data on-chain.