Enabling The Transition to a Smart Contract Economy 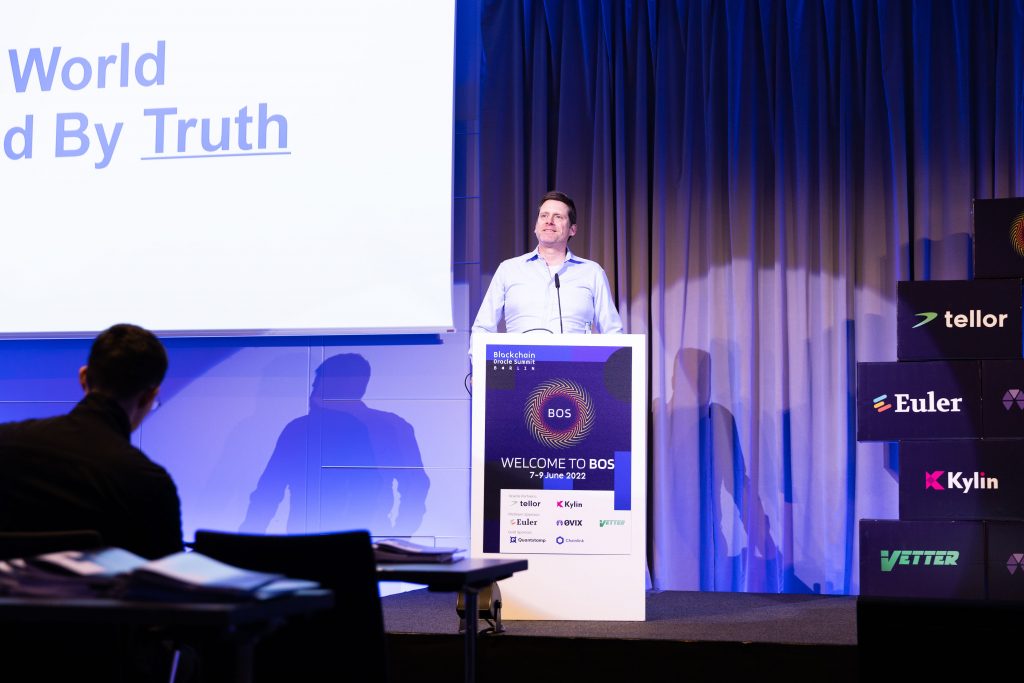 In the presentation below, Brent Milliken, Ex-Head of BD Enterprise at Chainlink Labs provides an overview on the work Chainlink is doing to on-board traditional sectors to the burgeoning smart contract economy and change the way corporations are run in the near future.

Here are some highlights from his talk.

What is Chainlink?
Chainlink is the market-leading oracle network, helping secure hundreds of billions in DeFi and providing off-chain data and compute to thousands of dApps and DAOs. Initially launched in 2017, Chainlink decentralized oracle networks enable blockchains such as Ethereum and Solana, as well as applications on these chains, to securely connect to a wide variety of real-world data and off-chain computation. Linking on-chain environments with real-world data and systems helps to increase the possible use cases for smart contracts.

Three pillars of digital change
Chainlink is providing services for applications supporting the three main pillars of digital change: digital information, digital assets, and digital agreements. Digital assets solve issues regarding ownership of real-world assets by introducing tokenization for storing value digitally. Digital agreements will be an important part of how traditional enterprises will start adopting smart contract technology, as corporations move towards using cryptographic proofs. These three pillars will fundamentally change the way corporations and many societal transactions  are run in the next few years.

The world is moving from paper guarantees (probabilistic) to cryptographic guarantees (deterministic).
Chainlink is being built to help make cryptographic truth the future of all reliable agreements. Smart contracts are becoming the dominant form of digital agreements. Even traditional industries are being reinvented on the blockchain. Some examples include the Associated Press moving news data on-chain, and Etherisc building a decentralized flight insurance platform. When comparing web2 and web3 technologies, having cryptographic truth assigned to those technologies is the main value proposition that blockchain technology can provide. As such, Chainlink is being built to help create a world powered by cryptographic truth and to become a universal standard underpinning digital agreements.

Cryptographic truth or guarantees address the issue of weak paper guarantees, which have long plagued traditional institutions. Some examples of how weak paper guarantees have negatively affected the public are Bernie Madoff’s infamous Ponzi scheme , the Wirecard scandal, the Enron scandal, and Robinhood controversially halting trading on GameStop stock. Aside from these adverse situations, bank accounts, mortgages, insurance policies, and other important facets of the real world are still based solely on paper guarantees.

However, we are already seeing improvements with some of the trust-minimized applications that the CeFi (Centralized Finance) world is building. Chainlink provides cryptographic guarantees that are deterministic and definite.

According to Brent, it is only a matter of time before corporations start exploring the possibilities brought about by smart contract technology. Whatever application of smart contracts they end up using, Chainlink can provide data and computation to their smart contracts.

Services powered by cryptographic truth
Chainlink Proof of Reserve introduces automated verification of reserves for dApps and other types of applications. One use case of it involves helping to verify the reserves of collateralized stablecoins. Stablecoins are typically backed one-to-one with fiat or other assets. Chainlink Proof of Reserve offers a verification service for the reserves of tokens used as collateral, thus providing the ability to verify if a stablecoin is truly collateralized as advertised. This helps reduce systemic risk across the protocol and the broader ecosystem, ultimately helping to protect users.

Chainlink Verifiable Random Function (VRF) is also experiencing a huge increase in adoption. VRF functions as a random number generator on-chain, providing dApps with tamper-proof random numbers. Currently, VRF has many users across the crypto gaming and NFT industries. For example, randomness is required to ensure the NFT minting process is fair and every user has an equal chance at minting a rare NFT. Chainlink VRF generates and computes randomness off-chain and is backed by a cryptographic proof, which is then delivered onto the blockchain.

Another important service powered by cryptographic truth is cross-chain communication. The Cross-Chain Interoperability Protocol (CCIP) is being built to provide a framework for developers to build solutions that enable cross-chain token transfers, messaging, and other sophisticated actions across different blockchains and web2 systems.

Case study: Tokenized carbon credits.
One exciting case study that Chainlink helps enable is through a collaboration with Greenworld, a non-governmental organisation (NGO). NGOs are nonprofit groups independent of governments, organised primarily by private citizens. Greenworld has a product called A.I.R.S, in which farmers in Africa are paid to regenerate farmland. Once the farmland starts growing and thriving, satellite imagery can capture the change from a barren landscape to a regenerated forest. The Chainlink oracle gets this data  feed from satellite imagery. This collaboration adds to the many different combinations of use cases that oracles help to empower, providing a lot of excitement and hope for the industry.

Chainlink was a Gold Sponsor of the inaugural Blockchain Oracle Summit: Berlin. BOS22 was the first conference to focus solely on the importance and design of oracles. Leading speakers from across the DeFi-TradFi spectrum came to Berlin to provide deep dives into their work using oracles to power exciting use cases of blockchain technology.