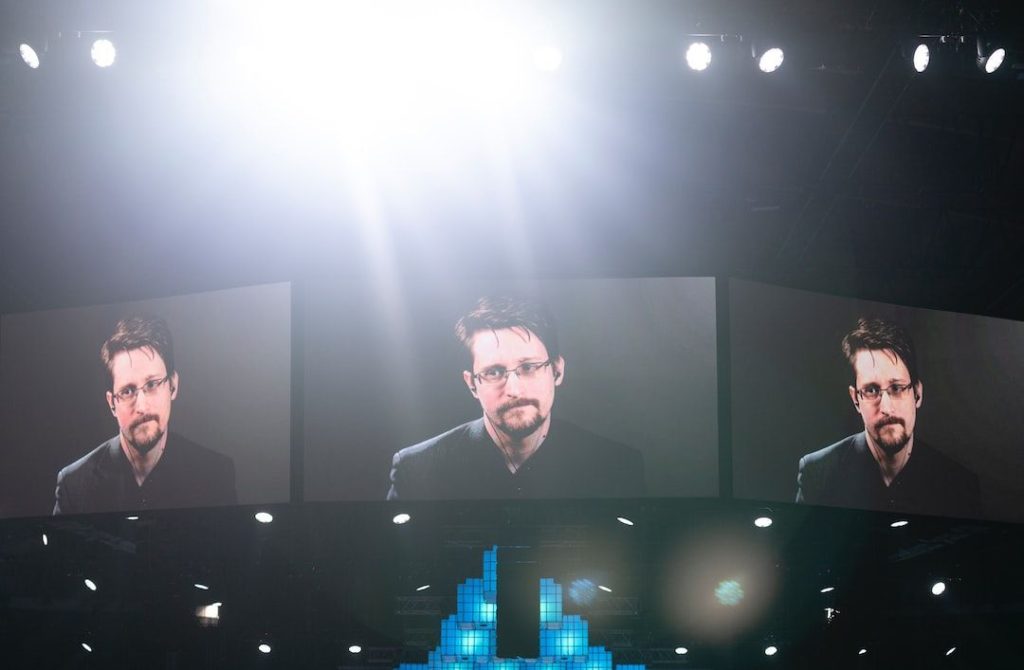 Gone are the days when big tech companies like Meta decide when and how to monetise your personal information. Or are they? With the advent of blockchain and web3, the technical capabilities may be out there – but how exactly do we onboard a critical mass of everyday users? How do we speed up the journey towards a truly “DeData” world? From permissionless social media platforms to decentralised, self-sovereign  identity (DID), web3 technology has the potential to completely transform the way data is owned and used. Users finally have the opportunity to take back control of their data.

We sat down with Dylan Dewdney, co-founder and CEO of DeData Studios to talk about his vision and inspiration for the project, as well as his highlights from the inaugural DeData Salon event that was hosted during Berlin Blockchain Week in September this year.

What is DeData?
DeData, which stands for “Decentralised Data”, is a concept describing an ideal world, where individuals enjoy full control over who can access their personal information. In order to on-board the masses to web3, the same virtual goods and services – from e-commerce to social media – need to be provided by web3. Speaking to the Oracle Summit team, Dylan said that DeData Studios is working towards accelerating the transition into the ideal self-sovereign data world, by providing a full suite of easy-to-use Web3 middleware infrastructure. “Think of it like the AWS of Web3,” he said.

The projects that make up the consortium include NFT3, Kylin, Ruby and Vinci, with two more projects in the pipeline –  Glacier and Canyon. Kylin Network, a data L1 and oracle network on Polkadot, was an Oracle Partner at the Blockchain Oracle Summit: Berlin.

Inspiration for a “DeData World”
Dylan’s inspiration for DeData came from more than a decade of experience in the blockchain space. He first discovered Bitcoin in late 2011, and then got into mining by late 2012. Living in Toronto, he was able to be close to the Ethereum founding team, and was part of the Ethereum ICO. By 2017, he started building.

Dylan’s first project was Harbour DAO, alongside his co-founder at the time, Dean Eigenmann. He was then part of the GTM strategy for Beam and later Head of Growth for Ambire (formerly AdEx) before co-founding both Kylin Network and NFT3. Kylin is a Layer-1 data blockchain, built on Polkadot that features an innovative, configurable data oracle. While many oracles focus on transmitting price data, Dylan’s work at Kylin involves verifying non-price data from the outside world on the blockchain.

Through this work studying the movement of real-word data on-chain, Dylan noticed that while there were many needs in the decentralised data economy that were not yet met – even the basic tools developers need to meet these needs are not readily available or easy to use.

Enabling a decentralised future for all
And this is where DeData Studios comes in, providing developers with the tools and middleware needed to on-board the masses to web3. While it might feel, at times, that every web2 company has to interface with web3 in some way to stay relevant, it is still no easy feat. Most of these organisations are constrained by limited business models and convoluted bureaucracy. Training departments of thousands of developers to become Web3 native could take a generation. Replacing entire technical teams with full-stack developers would cost a bomb. So, the products developed by DeData Studios have been built with the needs of non-Web3 native organisations in mind. Each project in the DeData consortium features plug-and-play software development kits (SDKs), that can be leveraged in a modular fashion based on specific use cases. As big businesses start adopting Web3 technology, so will their users. This is how DeData Studious plans to contribute to a more decentralised future.

A Salon for intellectuals
Beyond tools and infrastructure, the DeData movement also involves education and collaboration. In September this year, DeData produced the first ever DeData Salon during Berlin Blockchain Week. The idea behind the event was to recreate the 18th Century Salon with a modern twist. The main aim was to gather leading minds in the industry to discuss their work and share new ideas in a relaxed setting. Anyone working on decentralised data in any way or form was invited to participate, including projects that could be seen as DeData’s ‘competitors’.

Asked about why potential competitors were included, Dylan said that, collaboration is far more productive than competition. “The Web3 data sovereignty narrative is still brewing, so it’s important to convene together, share resources and work together towards this common goal and I’m happy to commit our resources to building this new future together”, he said.

The DeData Salon @ Berlin Blockchain Week
Dylan’s vision came to life during Berlin Blockchain Week this year with the DeData Salon attracting almost 200 builders and professionals working at the forefront of decentralised data technology. Among protocols in attendance were DeFi heavyweights, Curve and Balancer. The inaugural Salon also attracted the likes of Affinidi, Polygon and multimedia giants Tencent. The speaker list was even more impressive with presentations from over 20 subject matter experts from around the world, including iExec, Kleros and IPFS.

Highlights from the inaugural DeData Salon

An obvious personal highlight for Dylan at the salon was his virtual fireside chat with whistleblower Edward Snowden. The hour-long discussion centered around the architecture of the internet today, and how it could be improved to benefit and protect everyday people and their data. Members of the audience got the chance to pose questions directly to Edward Snowden after the session, which was moderated by Mindaugas Savickas, GM of Ruby Protocol.

With such a stacked program, however, it was difficult for Dylan to identify just one highlight. Below is a list of his favourite moments from the rest of the day.

The inaugural DeData Salon is just the first of a series of Salons that DeData Studios plans to host as part of their commitment to accelerating our journey towards a fairer future for all.  Look out for the next Salon taking place in a city near you!

Finally, how can one participate in the burgeoning “DeData” world? According to Dylan, it isn’t daunting or difficult at all. Anyone interested in decentralisation in any way or form can start by educating themselves on the different projects and ideas that are out there. Watching the different conversations that took place during the DeData Salon could be a good start. Then get to know the different communities a little better by following your favourite projects on Twitter and participating in their Discord channels.

Asked how everyday people can participate in the DeData movement, Dylan said nothing is more valuable than participating in and stress-testing the latest products. “Take your first steps into the world of decentralised identity (DID) by creating your very own NFT3,” Dylan said. Find out more about the NFT3 Pass here.