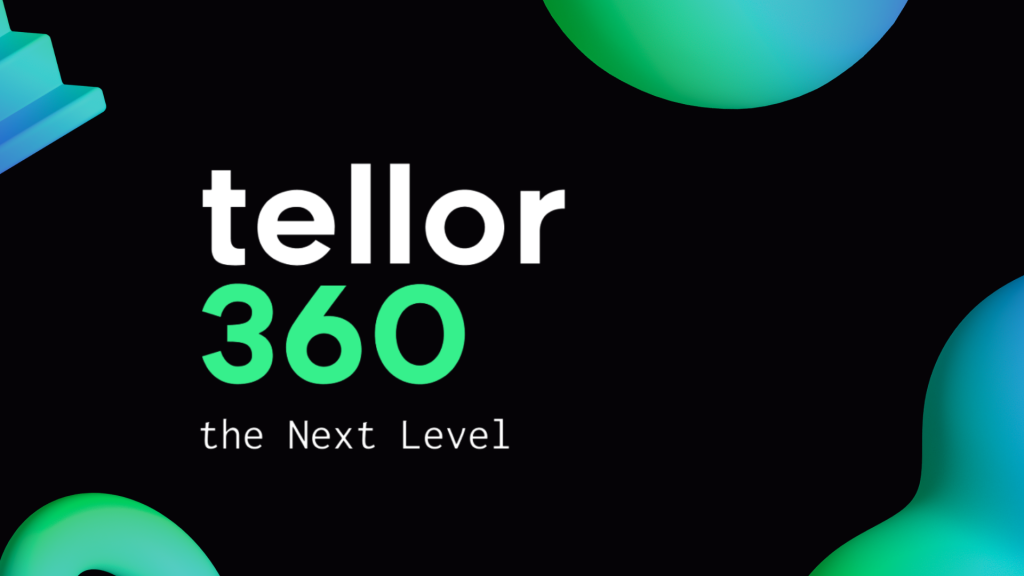 Tellor is a decentralized oracle network built on Ethereum that enables censorship-resistant access to off-chain data. Earlier this month, Tellor launched their latest and very last upgrade, called Tellor 360. According to Tellor’s Co-founder and CTO, Nicholas Fett, the Tellor 360 update brings the protocol a step closer to being the ideal oracle. “The ideal oracle is simple, flexible and has minimal governance risk,” he explained.

The most significant feature of Tellor 360 is the removal of upgradeability, making the protocol completely immutable. This means that no single person or organisation will have the ability to alter any aspect of the protocol. Brenda Loya, Tellor Co-Founder and CEO, emphasised that removing upgradability reinforces Tellor’s liveness guarantee  and reliability on the team is decoupled. “The tech should outlive us. That is the point of open, censorship resistant tech,” she said.

The team behind Tellor has always valued the importance of building censorship resistant and decentralised systems. Their dedication to decentralisation can be seen in many aspects of the Tellor protocol, from the oracle design to its tokenomics. As a result, the Tellor team holds less than 1% of circulating TRB tokens. Prior to the Tellor 360 launch, TRB token holders got to weigh in on the direction that the protocol would take by voting on governance proposals. With the team holding five times less than what is required to reach quorum, this important upgrade to Tellor 360 would not have passed without significant support from the Tellor community. Yes, 5% is significant for on-chain voting. More on that later.

The significance of removing upgradeability & governance proposals
While upgrading smart contracts has its benefits, such as the ability to fix bugs and improve protocols over time, it contradicts the idea of blockchain’s immutability. Upgradeable contracts reintroduce a point of centralized control as a malicious actor could make unapproved smart contract upgrades.

By removing upgradeability, Tellor 360 is now also a lot more resilient to attacks, especially governance attacks, compared to previous iterations of the protocol. Such an attack would now only affect a particular data query type (known as queryID) instead of the entire system. Removing upgradeability, therefore, simplifies the Tellor protocol by reducing attack vectors, and improves the overall decentralisation of the system.

New features of Tellor 360
The Tellor 360 upgrade also features the following changes to the protocol:

Impact of Tellor 360 on its users
Some of the more prominent protocols using Tellor include the algorithmic stablecoin platform, Ampleforth and DeFi borrowing protocol, Liquity. Most recently, Mimicry, a decentralised prediction market for NFT prices, has integrated Tellor to fetch NFT market data.

What does the Tellor 360 upgrade mean to the protocols that are using their oracle services? According to one of the Co-founders of Liquity, Rick Pardoe, Tellor’s move to remove upgradeability is the most exciting, and significant aspect. “For Liquity, the critical piece of Tellor’s 360 upgrade is a custom fix that ensures Liquity uses Tellor in a safe way as intended. The fix had to come from the Tellor side, as Liquity is itself immutable.,” he said.

Decentralisation, Degens and a 5% Quorum
Beyond ensuring immutability, removing the need or possibility for future upgrades removes the need for governance – something that many teams building decentralised protocols struggle to manage and anticipate.

According to CoinMarketCap, there is almost 1 million MKR in circulation. This ‘High Impact’ poll on Maker’s Governance Module was passed with 38,613 MKR supporting, or less than 4%. This demonstrates the fact that even the most popular protocols struggle to engage their communities in governance decisions. This is due to a myriad of factors, including:

Tellor 360’s upgrade beyond upgradeability means none of these problems will ever affect how the protocol operates in the future. To pass the proposal to upgrade to Tellor 360, the proposal needed to receive yes votes from just 5% of circulating TRB.

Part of the Tellor team’s commitment to decentralisation means that the team holds less than 1% of circulating TRB. This is a much smaller proportion of circulating tokens than the teams of other projects. Tellor Co-founder Michael Zemrose said that the Tellor 360 upgrade almost did not take place. With the vote stuck at 4.62% and set to expire, the team had all but given up on the upgrade – until a Tellor reporter emerged at the last minute and quorum was achieved. “There were conflicting emotions during those few days; frustrated that we feared the upgrade would be a victim to our own principles, yet proud we had them.  Ultimately, we were elated the vote passed on its own merits,” he said.

Tellor was an Oracle Partner of the inaugural Blockchain Oracle Summit: Berlin. BOS22 was the first conference to focus solely on oracles’ importance and design. Leading speakers from across the DeFi-TradFi spectrum came to Berlin to take deep-dives into their work using oracles to power exciting use-cases of blockchain technology.